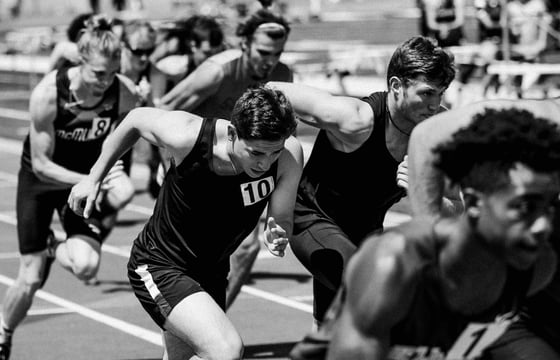 Perhaps you’ve heard the buzz about NVIDIA’s CUDA 9 software and Amazon EC2 P3 instances. The word is that they are lightning-fast when put to the task of training deep learning networks.

CUDA is a parallel computing platform and programming model developed by NVIDIA for general computing on GPUs. CUDA 9 is the next iteration at improving performance across a wide array of applications and products. NVIDIA claims CUDA 9 offers some significant advantages, such as:

Amazon P3 EC2 instances use the new Volta GPUs (NVIDIA Tesla V100). Amazon claims to provide up to 1 petaflop of mixed-precision performance per P3 instance. In internal benchmarking, deep learning training on large jobs went from days to minutes when comparing to CPUs.

I decided to give these two pieces of technology a test drive on a deep learning image classification problem to see how much of a performance boost I could achieve compared to previous-generation options.

Deciding on an Approach

In the quest to find a good neural network, data scientists must optimize a large parameter space which includes the type of network, number of nodes, number of layers, dropout rates, data augmentation, and learning rates. Training networks over this space takes a lot of time. Additionally, as the deep learning landscape evolves, the trend is moving toward deeper nets with more complexity (for example, research being conducted on genetically mutating large networks). The bottom line is that compute performance is a chief factor influencing a data scientist’s ability to build an accurate neural network.

I chose to run my test on the Fashion MNIST dataset, the popular replacement for the handwritten digit MNIST dataset, which offers a greater accuracy challenge. Each image is an article of clothing and the goal is to correctly classify the images. Here is a snapshot of a few of the images from my Jupyter notebook.

Most first-attempt networks on MNIST Fashion achieve around 90 percent accuracy and might only take a few minutes to train. I wanted to find a network that would push the envelope a bit—one that would take longer to train and deliver greater accuracy than a simple CNN. I came across a post by Danial Khosraivy in which he took inspiration from the VGG CNN and created a VGG-like CNN with batch normalization and data augmentation on the Fashion MNIST dataset. This presentation by Mathew Cord has some helpful structural diagrams to visualize what a VGG network looks like.

I made the following modifications to Danial’s code.

To compare CUDA 9 on P3 instances, I tested CUDA 8 on P2 and CUDA 9 on P2. The code splits the original training data into 80/20 training/validation to check for overfitting. The model is trained for 10 epochs at a learning rate of 0.001 and then another 10 epochs at 0.0001. After those initial 20 epochs, data augmentation is added, which generates new training samples by rotating, shifting, and zooming the original training samples. It is then trained for another round of epochs on this new data. This training on augmented data is the longest part of the benchmark. I wanted to test the effect of data augmentation on accuracy and performance, so I made the number of epochs trained under data augmentation a user-provided parameter. My test plan covers no augmentation, 25 augmented epochs and 50 augmented epochs for each CUDA/instance combination.

Here is a layout of my test plan.

You can see, run and download the full project, including code, at no cost on the Domino Data Lab trial site (Domino covers the AWS costs). You’ll need to log in or sign up to do more than view the project files. Once you log in, check out the README file for more details.

Here’s a snapshot of the code to build the VGG-like CNN.

Building the Compute Environment in Domino Setting up the Hardware Tiers in Domino Kicking of a Run and Passing a Parameter in Domino

Run Time and Accuracy Recorded in Domino for Easy Comparison This was one of the most useful aspects of using Domino for this benchmark. As I ran the benchmarks and troubleshot a few issues (especially getting the code to work for TF 1.4.1 on CUDA8 and P2), it was super helpful to be able to go back to a previous run and see the exact environment and hardware tier details that run used. This was invaluable for reproducibility and navigating my project.

Two runs were performed at each setting for a total of 18 runs. Those two runs were averaged for the final results shown below. In every test, the two runs were almost identical for model training time (the main purpose of this benchmark). The accuracy numbers trended up with the number of augmented epochs, but jumped around slightly. This benchmark demonstrated that:

• Going from P2 to P3 while holding CUDA 9 constant got about a 4x boost.

The result? CUDA 9 clearly adds value over CUDA 8, and the improvements that come with the P3 instances were impressive. It was a lot of fun to give this new technology a test drive.

The Amazon EC2 P3 instances with CUDA 9 are the real deal. The models run so fast, making it much easier to iterate on and test new networks. I’m sure you’ll find your deep learning much more productive as you adopt this new technology.

1 TF changed how they distributed their pre-built binaries to using CUDA 9 starting after 1.4. We could have built these from source so that latest TF would have worked with CUDA 8 but who's got time for that?

Josh Poduska is the chief data scientist at Domino Data Lab. He has 17 years of experience in analytics. His work experience includes leading the statistical practice at one of Intel’s largest manufacturing sites, working on smarter cities data science projects with IBM, and leading data science teams and strategy with several big data software companies. Josh holds a master’s degree in applied statistics from Cornell University.

A Practitioner's Guide to Deep Learning with Ludwig

Joshua Poduska provides a distilled overview of Ludwig including when to use Ludwig’s command-line...