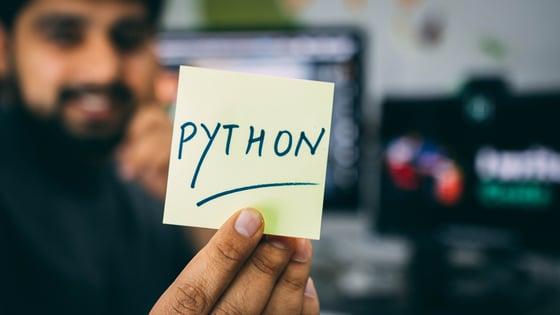 Take a moment to reflect on Python. Why do we love it? Why has it become so popular, so quickly, for data science? There are lots of reasons, but three stand out in particular.

That’s not to say Python is perfect. You need to support it with security, governance, productivity tools, and scalable infrastructure using an enterprise-grade platform (such as the Domino Enterprise MLOps Platform, which represents the gold standard for enterprise data science using Python). But we wouldn’t be in an “AI revolution” if it weren’t for Python. So, my fellow data scientists, take this opportunity to make Pi day your own and reflect on how Python has made your impact on the world —not to mention your value to your organization— what it is today.

Kjell Carlsson covered AI, ML, and data science for years as a Principal Analyst at Forrester Research. He has written dozens of reports on AI topics ranging from computer vision, MLOps, AutoML, and conversation intelligence to augmented intelligence, next-generation AI technologies, and data science best practices. He has spoken in countless keynotes, panels, and webinars, and has been frequently quoted in the media. Most recently, he has been the EVP of Product & Strategy at the NLU-focused startup, Stratifyd, leading the product team and re-designing the company strategy. He received his Ph.D. in Business Economics from Harvard Business School.

Put Models at the Core of Business Processes

At the core of every machine learning model are the algorithms that power them, consuming the data...