Domino for Good: Collaboration, Reproducibility, and Openness, in the Service of Societal Benefit 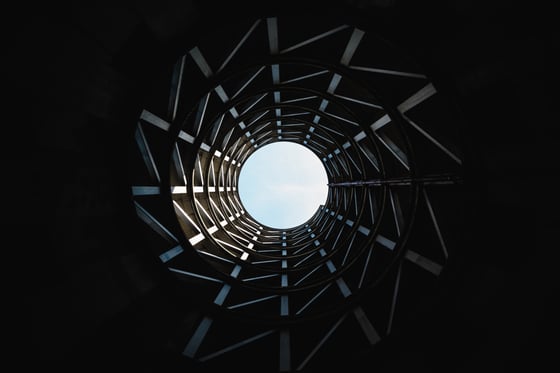 When I joined Domino Data Lab to lead the  Domino for Good initiative a few months ago, it felt like the perfect next step on a path I have been on for a long time.

In the early 2000s, Berkeley was a hub of the Open Access (OA) movement. I was a graduate student in physical chemistry and exposure to OA philosophies induced a sea change in my perspective.

My new perspective led me to see that it was not enough to just do the science and write it up. To really amplify the total contribution to scientific knowledge we had to work towards open systems that facilitate collaboration and reproducibility. To quote PLOS:

Open is a mindset that represents the best scientific values. One that focuses on bringing scientists together, to share work as rapidly and as widely as possible, to advance science faster and to benefit society as a whole.”

Since leaving academia nine years ago, I have been championing the power of open, educating and building consensus around digital rights  and internet policy, advocating for normative changes regarding data, and evangelizing the use of data science for work that has a positive impact on society.  It is a tremendously rewarding feeling to be embarking on this new leg of the journey with the very familiar mission and vision - collaboration, reproducibility, and openness, in the service of societal benefit.

A Powerful New Instrument for Doing Good with Data

Domino for Good is a mission-driven initiative that reflects Domino’s commitment to dedicating resources towards data science in the service of society.  There are signals I can see from within Domino that make it clear how serious the commitment is. One is the freedom they gave a do-gooder like me to define, design, and build Domino for Good. Another is the generosity with which my colleagues from other teams give their time and intellectual capital to Domino for Good, despite the many other demands on them that come from being part of a high-growth startup. An externally visible illustration of the organization’s commitment to Domino for Good is the fact that we not only provide free accounts to students, we pay for the compute costs students incur.  You will see other demonstrations of the organization’s commitment to Domino for Good as we experiment and iterate along the path to find the best ways Domino’s people and platform can contribute to the growing body of folks doing data science for social good.

From the first day I worked with  the Domino platform, I knew that it would be a particularly wonderful instrument for data work at nonprofits and for education.  I will go into more detail about why I believe that in future posts, but for now I will just briefly touch on three aspects are especially dear to me.

Domino makes results reproducible. In the history of science, almost all advances have come from incremental steps taken while standing on the shoulders of those who came before rather than a lightning bolt of inspiration striking one individual.  Having a clear, detailed understanding of the work that has been done before accelerates progress and avoids duplicative effort. This is valuable to any team, but it isof crucial importance when part, or all of the team, are volunteers.

It is not accidental that the Domino platform has such tremendous potential for social impact. The Domino founders believe that we are at the cusp of a fundamental revolution in computing and that the impact of this revolution will not be just economic impact or just social impact, but both. Cofounder Chris Yang recently said to me

“I always find it confusing when people ask what kind of exit we are hoping for. Why do most people think financial gain is our only motivation when it should be clear that we built Domino to do more than just that?”.

In conversations with cofounder Nick Elprin, I have been struck by the sincere passion in his voice when he talks about the intrinsically rewarding feeling that comes from being part of something so monumental that it will transform how people of all sectors work with data.

I am deeply appreciative that Chris, Nick, and the rest of my exceptionally talented colleagues are enthusiastic about contributing Domino resources to empower social impact.  Domino for Good is at the very outset of its journey. I am not certain of the exact path ahead. But I am certain that it will be an excellent one.

Why understanding key differences between data science and engineering matters As data science...

Put Models at the Core of Business Processes

When it comes to data, we assume that bigger is better. In fact, the age of Big Data brings a new...