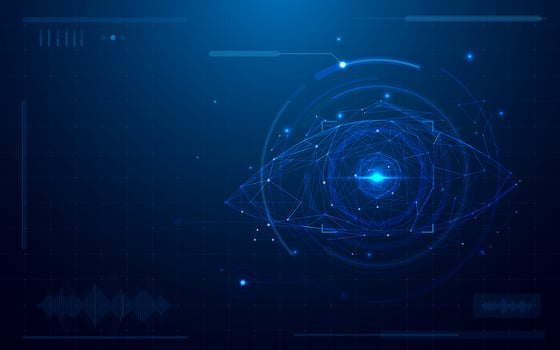 In a previous blog post we talked about the foundations of Computer vision, the history and capabilities of the OpenCV framework, and how to make your first steps in accessing and visualising images with Python and OpenCV. Here we dive deeper into using OpenCV and DNNs for feature extraction and image classification.

Image classification is one of the most promising applications of machine learning aiming to deliver algorithms with the capability to recognise and classify the content of an image with a near human accuracy.

The image classification approaches are typically divided into traditional methods, based on extraction of images features and their utility in classification, or more advanced approaches that exploit the strength of deep neural networks.

SIFT has inspired the development of other variants in particular to overcome the complexity and the associated computational demand. One such variant is Speed up Robust Feature (SURF), which reportedly outperforms SIFT without a negative impact on the robustness of detected points and overall model accuracy [2]. Another alternative to SIFT is Robust Independent Elementary Features (BRIEF) offering similar performance with significantly less complexity [3]. Furthermore, Rublee et al., (2011) reported that Oriented FAST and Rotated BRIEF (ORB) provides more efficient performance [4].

Additionally, Histogram of Oriented Gradients (HOG) HOG is utilised in various tasks including object detection allowing the occurrence of edge orientations to be measured. In principle, this descriptor is representative of a local statistic of the orientations for the image gradients for a key point. Simply, each descriptor can be considered as a collection of histograms that are composed of pixel orientations assigned by their gradients [5].

Scale-Invariant Feature transform was initially proposed by David Lowe in 2004 as a method for extracting distinctive invariant features from images with the view to use it for feature matching between images. This is a particularly useful approach as it can detect image features irrespective of orientation and size [1]. Below we provide the steps required to extract SIFT from the "face" image displayed in the previous step (see the "Opening and displaying the image file" section in the previous blog post). Features from accelerated segment test (FAST) is a corner detection method to extract feature points originally proposed by Edward Rosten and Tom Drummond in 2006. This method is very efficient and thus suitable for resource-intensive applications including real-time video processing [6]. Below we will provide the steps required to extract SIFT from the "face" image displayed in the previous step. Oriented FAST and Rotated BRIEF (ORB) was originally proposed by Ethan Rublee, Vincent Rabaud, Kurt Konolige, and Gary R. Bradski in 2011 (OpenCV Labs). This method is rotation invariant and resistant to noise. The main rationale was to provide a more efficient alternative to SIFT and SURF that is free to use without any restriction [4]. SIFT and SURF are, however, still patented algorithms. We will use the same image for the extraction of ORB descriptors. Figure 4. Matching of keypoints detected in the original (main) and query (top) images.

OpenCV can be utilised to solve image classification problems. The OpenCV library offers a Deep Neural Network (DNN) module, which facilitates the use of deep learning related functions within OpenCV. This module was introduced in OpenCV version 3 and this tutorial is using OpenCV v4.5.2. The main function of the DNN module is that it allows transfer learning and the use of pre-trained models. Note that the DNN modules cannot be used to train models but work with models that are trained using other popular neural network frameworks including PyTorch, TensorFlow, Caffe, Darknet and ONNX.

There are several advantages of using OpenCV DNN for inference only. Offloading model training to other libraries and using pre-trained models leads to simple and straightforward code. This makes it easier to adopt CV concepts and onboard users who don't necessarily have deep understanding of DNNs. Furthermore, this approach offers support to OpenCL-based Intel GPUs in addition to CUDA-based NVIDIA CPUs allowing for higher performance.

In this tutorial, we will use the pre-trained DenseNet121 model, trained using the Caffe framework on the ImageNet database, which consists of 1000 image classes. A DenseNet is a type of convolutional neural network (CNN) that uses dense connections between layers (via Dense Blocks). All layers with matching feature-map sizes are connected directly with each other. To use the pre-trained DenseNet model we will use the OpenCV for loading the model architecture and pre-trained weights. In this process we will perform the following steps: Figure 5. Image classification using OpenCV DNN module with pre-trained DenseNet model. For the images used in this figure, both classified names were correct with 98.7 and 91% for Persian cat and Pug classification, respectively.

For object detection, we will use two approaches: Haar cascades and OpenCV DNN module together with MobileNet SSD pre-trained model.

Haar cascades, introduced by Viola and Jones in 2001 [7] is an approach that can detect objects in images irrespective of the scale and location of those objects in the image. The authors were primarily concerned with face detection, although their method can be adapted to allow detection of other objects. This is a fast method compared to more advanced approaches, but consequently the accuracy of the Haar cascade is lower. In many cases it produces a large number of false positives.

OpenCV DNN module with MobileNet SSD pre-trained model. This method receives pre-processed images and feeds them to a pre-trained model. We will show it in action and then visualise the output for two different images. We will use MobileNet Single Shot Detector (SSD) trained originally on the COCO dataset using the TensorFlow deep learning framework. SSD models typically offer higher performance in terms of computation time compared to other alternatives and thus are more suitable for this tutorial.

To illustrate the use of Haar cascades we'll show how to detect eyes and faces in humans and faces in cats. The implementation is as follows.

We aim to detect objects in two images depicted in Figure 7 using the following code.

Figure 7. Object detection using OpenCV and pre-trained MobileNet. In both images were a mixture of animals on the left image and animals with humans on the right image are present, this object detection method resulted in accurate labelling of the objects with appropriate corresponding bounding boxes around the objects.

OpenCV is one of the main libraries utilised in computer vision. Herein, we covered a brief background on this powerful library and described the steps required for feature extraction, image classification and object detection.

The profound advancement in neural networks and deep learning over the past 10 years have resulted in significant progress in computer vision. OpenCV is one of the libraries that has made this journey possible, and we hope to have provided sufficient information to encourage our readers to seek further training on the many functions offered by OpenCV in solving their computer vision problems.

KNN with Examples in Python

In this article, we will introduce and implement k-nearest neighbours (KNN) as one of the...