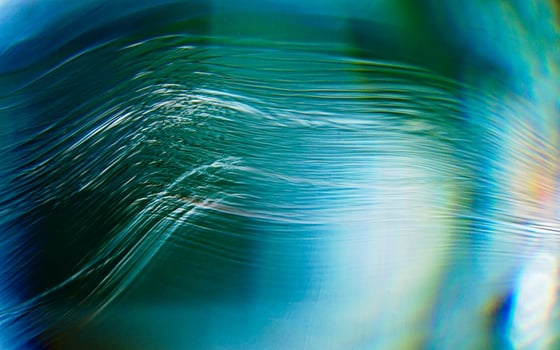 A signal is defined as any physical quantity that varies with time, space or any other independent variables. Furthermore, most of the signals encountered in science and engineering are analog in nature. That is, the signals are functions of continuous variables, such as time or space, and usually take on values in a continuous range.  To perform the processing digitally, there is a need for an interface between the analog signal and the digital processor. The interface is called analog-to-digital (A/D) converter.

Audio signals, specifically speech signals, are typically analyzed in the time, frequency, and cepstral domain. The frequency domain representation of a signal is done by DFT(Discrete Fourier Transform). Assuming a signal x[n]with N samples ranging between 0nN-1, the DFT of the signal X[k]is given bey

Here k is the discretized frequency variable that spans from 0kN-1.

The Fast Fourier Transform (FFT) is an efficient computation of the DFT(Please refer to this document from cp-algorithms). Given the stochastic nature of speech signals, FFT is rarely applied over the entire signal at once but rather in frames. Typically, a type of Fourier transform called Short Time Fourier Transform (STFT) is applied on each individual frame.

Human speech is almost always analyzed in frames. The speech signal happens to be a non-stationary signal but in a frame, spanning 20-40ms long, it is assumed for the signal to be stationary. The reason is that vocal tract characteristics do not alter too much during this time span. This is important because a prior distribution can be assumed only if a signal is stationary. In the case of speaker verification the distribution is Gaussian.

There is an overlap of 10ms that happens between each frame. This overlap is present because a triangular window is applied to each frame

(please refer to this article on signal speech processing).

A window can be thought of as an array of non-zero values on the indices where the samples of a frame are ones and zeros elsewhere. When each frame sample of the frame is multiplied by one, it is a rectangular window. With a triangular window, the samples towards the end of the frame get “deemphasized” (i.e. multiplied by numbers between zeros and ones), and samples at the centre get emphasized because of the window’s triangular shape.  An overlap of frames is performed in order to compensate for the deemphasizing of the samples at the end of each frame. (Please refer to the question proposed on Stack Exchange)

When this function is multiplied by the Fourier transform of the speech signal, spectral leakage happens at the side lobes which is not ideal. Spectral leakage occurs when a non-integer number of periods of a signal is sent to the DFT. Spectral leakage lets a single-tone signal be spread among several frequencies after the DFT operation.

In a nutshell, convolution of 2 signals is when one of the signals is reversed and the samples are multiplied by the other signal.  For sake of understanding the signal

As you can see, in the blue plot above, the “windowed” signal (result of convolution) which has spectral leakage on the side lobes. The red signal is the transform of the rectangular window.

The hanning window function is given by

The triangular window is given by

Framing of a speech signal can be visualized below:

MFCCs as the name suggests are coefficients and features in the cepstral domain. (ceps is ‘spec’ in reverse) These features are ubiquitous in speech processing and MIR (Music Information Retrieval ) applications. Unlike DFT, the frequency is on a logarithmic scale or mel scale. The mel-scale is similar to the scale of human hearing. The number of hair cells for lower frequencies are way higher than higher frequencies. Hence, as we age our ability to discern between higher frequencies tends to diminish. This decrease in resolution to higher frequencies is accomplished by the Mel Scale.

The relationship between mel-scale and linear scale is given by

To extract MFCCs the following steps are done:-

where M is the total number of triangular Mel weighting filters.

Hm(k)is the weight given to the kth energy spectrum bin contributing to the mth output band and is expressed as:

Choosing a Data-Governance Framework for Your Organization

What is Data Governance? Data governance refers to the process of managing enterprise data with the...

Life Sciences Teams: Avoid These Common Pitfalls on Your Path to the Cloud

Many life sciences organizations are in the midst of digital transformation efforts. A key...