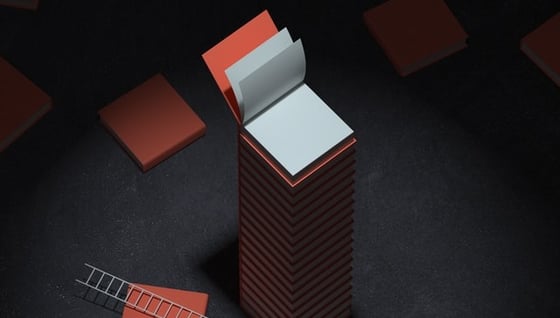 When we think about learning, we are often tempted to focus on formal education that takes place during childhood and adolescence. We often think of textbooks, lectures, homework, and exams as the building blocks of the process of acquiring new knowledge, skills, and understanding. However, the ability to learn is not an ability exclusive to humans and certainly isn’t constrained to a strictly academic setting or to a certain period of a person’s life. Indeed, the ability to learn is universally present across humans, animals, and even plants (Karban, 2015), and is an ongoing process that takes place continually. On the other hand, learning is a hypothetical construct. As Gross (2010) points out, “learning cannot be directly observed, but only inferred from observable behavior.”

Psychologists have proposed several different theories over the years, to explain how the process of learning takes place. One of the earliest theories of learning was developed by the Russian physiologist Ivan Pavlov (1849-1936), while he was studying the digestive system of dogs. Pavlov noticed that the dogs would salivate when they spot the technician responsible for feeding them, but before they had seen any actual food. After conducting a number of experiments, Pavlov identified a fundamental behavioral mechanism known as classical conditioning. In essence, classical conditioning occurs when a subject learns to associate a previously neutral stimulus (e.g. a bell) with a biologically potent stimulus (e.g. food). Figure 1 outlines the approach developed by Pavlov to demonstrate that a strong conditioned stimulus could be used to produce an automatic, biologically built-in response.

Classical and Operant Conditioning - The Foundations of Reinforcement Learning

The behaviorist B. F. Skinner’s book “The Behaviour of Organisms: An Experimental Analysis” (Skinner, 1938) proposed a different type of associative learning process called operant conditioning. In his book, Skinner argued that behavior triggered by specific stimuli cannot alone account for everything. Instead, he looked into how animals and humans interact with their environment and how the consequences of them performing certain operations drive the probability of repeated behaviour. Skinner performed a series of experiments using a type of laboratory apparatus he created, which is now known as an operant conditioning chamber. The chamber setup enables experimenters to study the response of an animal to certain stimuli, such as light or sound. It also provides a mechanism for the animal to undertake specific actions, for example by pressing a lever, and can dispense rewards (e.g. food) or deliver punishments (e.g. electric shock). The chamber is typically used with rats or pigeons. It is important to highlight that performing experiments using an operant conditioning chamber is substantially different from the classical conditioning experiments of Pavlov. Unlike the respondent behaviors that occur automatically and reflexively, operant behaviors are under the subject’s conscious control. The operant conditioning theory demonstrates that some types of behavior can be modified by using reinforcements and punishments. Reinforcements can either be positive or negative, but they always act in a way that strengthens or increases future behavior. The examples above demonstrate that reinforcement always leads to an increase (or strengthening) of the desired behavior. In the first example, the rat is conditioned to press the lever more often, and in the second example, the students are conditioned to work harder in class. Punishments, on the other hand, serve to weaken a behavior. They can also be split into negative and positive, with negative punishments involving the removal of a favorable event (e.g. taking a child’s toy away) and positive punishments involving the introduction of an unpleasant factor (e.g. assigning extra work to students who don’t turn in their assignments on time).

What is Reinforcement Learning?

Reinforcement learning (RL) is an area of machine learning concerned with various techniques that enable an intelligent agent to learn through interaction with its environment. This process is largely based on trial and error, where the agent learns to take specific actions that maximize a reward associated with some desired behavior.

We could easily see the parallels that such definition brings with running an experiment in an operant conditioning chamber. An animal in the chamber (an agent) inspects its surroundings (perceives its environment), activates the leaver (takes an action), and receives a food pellet (reward). As interesting, or challenging, interacting with animals could be, when we talk about reinforcement learning in the context of machine learning, we will limit ourselves to intelligent agents in the form of a program. A simple implementation of such a program could follow a basic interaction loop like the one depicted in Figure 2. We need to be careful, however, not to think about intelligent agents only in terms of robots or systems performing complex tasks with long-term goals. A smart, self-learning thermostat that gets temperature readings from its environment, takes an action to adjust the heating and receives awards based on the delta between actual and desired temperature is a perfectly viable example of an intelligent agent. Speaking of machine learning, we also need to specify the differences between reinforcement learning and other established training methods like supervised and unsupervised learning.

With the above in mind, we can clearly see why reinforcement learning is typically considered a separate area in the domain of machine learning. Yes, much like unsupervised learning, reinforcement learning requires no supervision during training, but this is where the similarities end. The ultimate goal of the agent is to make a sequence of decisions that will lead to achieving a certain goal while operating under uncertainty in a complex and often dynamically changing environment. In addition, the agent uses a “trial end error” approach and, in contrast to supervised learning, suboptimal actions are not explicitly corrected.

Use Cases for Reinforcement Learning

The fact that many essential elements from various fields underlie the theory of reinforcement learning has led to the application of its techniques to a broad range of real-world use-cases. Here is a non-exhaustive list of some common use-cases.

The list above is by no means exhaustive, but it is a testament to the breadth of tasks that can be addressed using reinforcement learning. Indeed, there are myriad frameworks that implement a diverse number of reinforcement learning algorithms. Some frameworks worth mentioning are Acme, RLlib, Dopamine, Tensorforce, Keras-RL, and Stable Baselines.

One of the key value propositions of the Domino Enterprise MLOps Platform is that it accelerates research with self-service scalable compute and tools.  Because the platform provides a straightforward way to add and update libraries, tools, and algorithm packages, all of the aforementioned frameworks, including RLlib, which facilitates GPU-accelerated model training on multi-node clusters, can be easily accessed and used for solving reinforcement learning tasks.

RLlib is an open-source library for reinforcement learning that natively supports TensorFlow, TensorFlow Eager, and PyTorch and is considered one of the most powerful in terms of scalability as it is underpinned by Ray.

Skinner, B. F. (1938). The behavior of organisms: An experimental analysis. Appleton-Century- Crofts.

When you do something well, you’re rewarded. This simple principle has guided humans since the...