Shattering the Myth of the Citizen Data Scientist 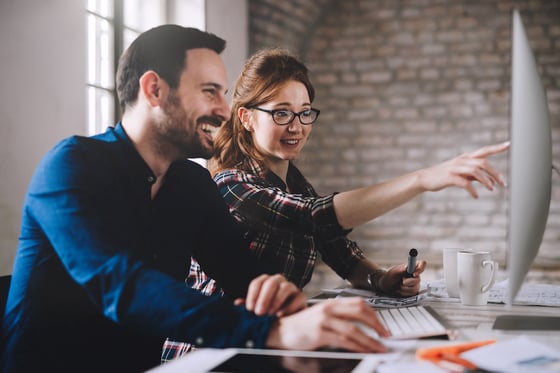 It is finally time to kill the expensive, dangerous myth of the “Citizen Data Scientist” and shift attention to a neglected, real-life person that is already critical to your model-driven business today, and who will be even more important in the future – the “honorary” or part-time data scientist.

The “citizen data scientist” (CDS) concept was invented with good intentions - to promote data, machine learning and AI literacy - but it has done more harm than good. The pipe dream of an enterprise consisting of CDSes inevitably leads to expensive initiatives that, at best, lead to one-off insights that in most cases, have nothing to do with data science. Many companies that take this approach end up with nothing to show for it.

Worse yet, attempts to grow CDSes can actively hurt your data science teams. They focus attention and funding away from your actual data science initiatives, towards analytics 101 courses and business intelligence platforms or data prep tools that have primitive data science capabilities. In the worst cases, data scientists are expected to use toy tools, leading either to shadow IT, or to an exodus of your best data scientists.

What’s wrong with having more data-literate employees and giving them visual data preparation tools, with some easy-to-use advanced analytics methods? Nothing, except that they do not usually drive transformative business value.

Even when CDS programs are done right, these individuals can only extract ad-hoc insights that deliver one-off opportunities for your business. That’s because transformative results only come from developing a growing portfolio of machine learning models that go into production and continuously drive decisions, actions, and applications. In other words, you need data-driven insights as part of the model building process, but insights alone are a necessary-but-not-sufficient step towards developing production grade models.

These models are at the heart of nearly every one of the fastest-growing companies today. They power the recommendation engines for streaming video services, the results for search engines, the autonomous driving features in cars, and the targeted discounts from every top retailer.

These essential, mission-critical – often regulated – models cannot, and should not, be created by anyone other than professional data scientists for the same reason that a hospital should not be staffed with “citizen surgeons,” airlines should not rely on “citizen pilots,” towers should not be built by “citizen architects,” and your C-suite should not consist of “citizen managers.”

Expecting citizen data scientists to take the place of your professional data scientists is at best futile, and at worst leads to badly performing models that risk your organization’s reputation, regulatory compliance, or bottom line. (And if you’re really interested in creating ethical, law-abiding AI models, catch our Track 2 panels at Rev 3, where we’ll explain emerging AI standards and how to meet them.)

“Honorary data scientists'' can deliver value on their own, but they are also vital to every data science project, because they bring understanding of the business and its data. In addition, they can often shoulder data prep and other tasks to free up your data scientists. In their existing roles, they might not have the training, experience, focus, or incentives to be professional data scientists, but with the right support, they drive data science outcomes and can be an important pipeline of future data scientist talent. (Catch sessions at Rev 3 for insights on how to win the data science talent war and create an analytics-driven workforce.)

Kjell Carlsson covered AI, ML, and data science for years as a Principal Analyst at Forrester Research. He has written dozens of reports on AI topics ranging from computer vision, MLOps, AutoML, and conversation intelligence to augmented intelligence, next-generation AI technologies, and data science best practices. He has spoken in countless keynotes, panels, and webinars, and has been frequently quoted in the media. Most recently, he has been the EVP of Product & Strategy at the NLU-focused startup, Stratifyd, leading the product team and re-designing the company strategy. He received his Ph.D. in Business Economics from Harvard Business School.

Back in 2012, Harvard Business Review declared: “Data Scientist: The Sexiest Job of the 21st...

Advice for Aspiring Chief Data Scientists: The People You Need

Nick Kolegraff is the founder of Whiteboard, a strategic innovation company focused on machine...