Advice for Aspiring Chief Data Scientists: The Mindset You Need to Have 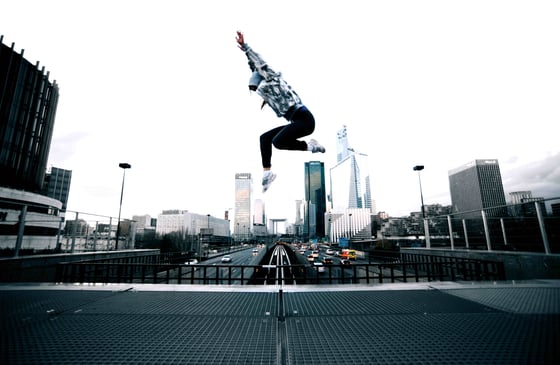 Nick Kolegraff is the founder of Whiteboard, a strategic innovation company focused on machine learning and AI. Previously, Kolegraff was the Chief Data Scientist at Rackspace and a Principal Data Scientist at Accenture. As a part of Domino’s “Data Science Leaders at Work” guest blogger series, Kolegraff provides advice for data scientists and data science managers to consider when, or if, they decide to take a “chief data scientist” role. This advice includes insights on the mindset you need to have, the types of problems you need to solve, and the people you need to hire. There are three posts total. This post focuses on the mindset you need to have to be a “Chief Data Scientist”.

How We Got Here

I was catching up with a good friend when they asked me “What advice would you give to a data scientist who aspires to become a Chief Data Scientist?”

These were just a few of the questions we discussed.

After that long conversation, I was asked if I would be willing to turn that conversation into a series of blog posts, so here we are. Being a Chief Data Scientist has nothing to do with the title, just the impact you have.  My intention with this series of blog posts is to shape a frame of mind that will help you focus on getting to the next level without chasing a title.

What is a Chief Data Scientist? Defined by Results and Mindset

While my title was “Chief Data Scientist”, I was not, and am not, a scientist. My sister is, and she busted a gut laughing when I told her my job title.  Truth is, there is no silver bullet to being a Chief Data Scientist, just the results and impact you have.  The higher up you get in business, the less scientific or technical it gets.  I believe everyone paves their own path, so no path will be the same. But one thing is the same throughout your journey -- a drive for consistent unquestionable results.  You need to continuously improve by mastering skills and building new skills....while relentlessly seeking consistent results and innovation that moves the needle. To get here, this boils down to a mindset.  Mindset is a collection of attitudes you believe in, but more deeply, it is a lifestyle you commit to live.  Mindset helps shape your skills; skills enable you to solve new problems; new problems create needs for new types of people or opportunities for people to grow; and assembling these things to achieve results is your organizational design and ultimately your responsibility.

The mindset you have

As a Chief Data Scientist, you are responsible and accountable for data science, machine learning, and artificial intelligence throughout the entire organization. Irrespective of what happens, it’s your fault.  If you aren’t getting the result you want, or others are struggling to integrate your work,-- it’s your fault. It’s a hard rule to stomach.  It's also a high-risk mindset in the short-term, especially in today's world when current political strategy would dictate that you maximize popularity rather than congruence.  I believe that in the long run, it is the most rewarding if you commit to this mindset and always seek where you can take ownership, because it forces you to continuously improve your game.

I love the sport of wrestling. If you think about wrestling lessons as a broad application to life, you learn about taking ownership.  It has helped me bridge parallels between my (former) athletic career and working with data and machine learning to build things. The sport of wrestling and the people around me, helped shaped and continuously evolve my mindset. Without this mindset, being a chief data scientist wouldn’t have been possible. Wrestling to me is the best sport in the world. Not only does it teach you a balance between brawns and brains, it also teaches you when, where, and how to balance these two aspects.  It teaches the athletes hard life lessons about the mentality and the capabilities of the human body as well as the mind. Early on in my wrestling career, I was undefeated during the season. I was wrestling in a match where I was ahead, got caught on my back, the ref called a “quick pin”, and I lost the match. I rewatched the tape of the match and saw that it was a terrible call, it wasn’t a pin. During practice the next day, I was complaining to my coach about it -- he grabbed me and threw me against the wall --

Nowadays you get sued for things like this, but it was an important moment in my life. I’m glad it happened. The moment stuck with me, hard.  I had never viewed it from my coach’s point of view before, but now, it made perfect sense. I was in complete control of what happened during that wrestling match and I let it happen -- I didn’t want to live with that reality, so I blamed the ref. This moment laid a foundation for ownership, continuous improvement, and unquestionable results in my wrestling. My coach ended up leading me to a state title in Greco-Roman wrestling that year, and later on in life, I ended up marrying his daughter. Bazinga. But, it wasn’t until later I discovered that this mindset had a broader application to my work and life.

In a sense, being a Chief Data Scientist is similar. Your work is often in the judgment of others and it can be very easy to point blame on the referee. One of my favorite quotes in the data industry is:

With data, anyone can gather it and formulate an opinion -- or based on their frame of reference, can interpret it to mean almost anything...and they are right. It’s your job to find the higher ground. Being a Chief Data Scientist means taking responsibility, irrespective of what happens. If you are not willing to embrace this mindset, then you should reconsider being a Chief Data Scientist. If you are willing to embrace this mindset, then there are additional nuances to your mindset and approach to build on including: tying data science to business value; understanding that you are not responsible for an individual product but a collection of interconnected things which requires a broader mindset; and you are at a level where you need to deliver results to buy more time for additional results.  Yet, you can’t be afraid or "done" with the idea of continually proving yourself.

How Data Science Is Transforming the Finance Industry

Financial services companies have always been early and enthusiastic adopters of data science, and...